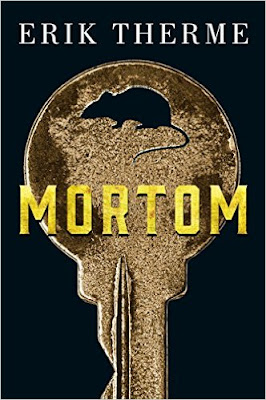 "I hated you for having the life I never had, all all the opportunities I was never given. You weren't some weird kid who live with his weird mother , stuck in a weird little town. And if that wasn't injustice enough, all I ever heard from my mother was how I should be more like my perfect cousin. And the pathetic part is I tried."......

Andy and his sister Kate arrive in the town of Mortom. Andy has been named beneficiary in a will belonging  to his late cousin, Craig. What at first seems nothing more than a nuisance of a run down house and no money, turns into some kind of twisted treasure hunt. Apparently Craig was fond of puzzles and is continuing a game even after his death. Or was this put in motion by someone else?

So it begins this mystery with the discovery of a note and a key. Andy had the love of  puzzle solving in common with Craig. So maybe it was Craig who set him on this quest? If Craig's death was accidental then how could he have pre-planned a treasure hunt? Why did he just recently write his will a few weeks prior to his death at the young age off 33? There are several mysteries at work here. Can Andy uncover the truth? Is he playing the ultimate game? What is to be gained at the end of this twisted treasure hunt?

Each clue had me turning pages and trying to guess what the clue meant. It was a fast paced story with intriguing characters. Andy and Kate have until Friday the 13th to figure out the puzzle. What happens then?
Oh the things Andy will have to do to get all the clues.
Not everyone is thrilled with them being in "Mortom." With a few shocking surprises and an ending that may leave you wanting this to turn into another book. 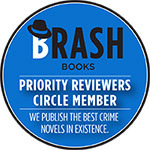 Books on My Shelf

32 Lays Later: The List 2
by Kate J. Squires
"We walk away no worse off than we are right now, but at least we will have tried. I'd rather say yes to love than throw it away without even attempting to make it work" Bethany is looking for a change in her life. She's going from nur...

Palm South University: Season 1, Episode 1
by Kandi Steiner
Welcome to Palm South University. I've just finished part one of this six week series and am already looking forward to part two! The private college campus of Palm South is about to get a mix of new and current college students thrown t...

Protect and Serve: Soldiers, SEALs and Cops
by J.M. Madden
From former military service people to cops and detectives on the street this anthology covers our people in uniform and plain clothes. Men and women showing their desire to protect and serve the ones closest to them. Some romance tinged...

12
by Sean Platt
In a time when this seems to be common, the residents of a small Florida town are going to face a gunman at its local favorite diner. Starting the story 12 hours before the shooting each chapter focuses on a different person who will fin...